For the past six month neoindustrialdesign have been designing and mould making for The Australian Pastry Team, In late January we supported the team representing Australia at the prestigious Coupe de la Monde Patisserie held at The Paul Bocouse stadium in Lyon, France.The months of design, planing and practice by the team of chefs Yves Sherrer, Justin Williams, Sonia Quek and Rhian Shellshear and there support crew culminated in a 10 hour competition to create the design in Sugar, chocolate and ice.

Integral to the theme of the 1.4M sugar and chocolate sculpture was the unique animated base deigned and build by neoindustrialdesign to display the creation

Competing against teams from 22 countries Australia place First for our chocolate sculpture, first for team work and sixth overall……… our best ever placing. 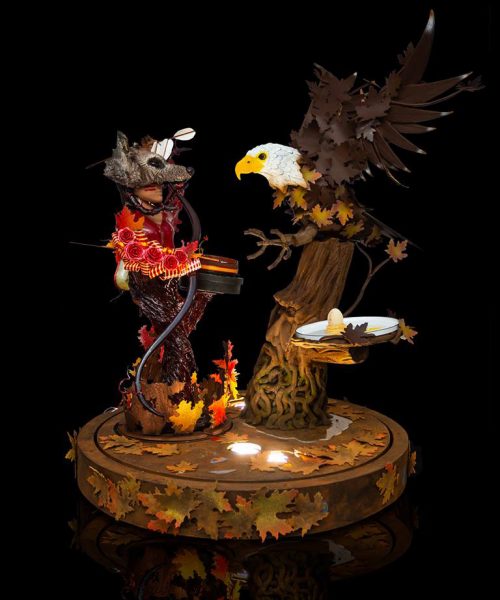 Congratulations to all of the team, it was an honour to be involved.